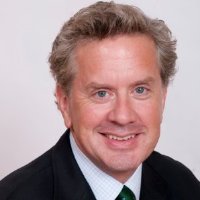 Samuel Casey Carter is president and director of research at Carter Research, a strategic advisory and operations consulting firm to the education industry. Across his career Casey has been CEO of Faith in the Future, president of National Heritage Academies, a charter school management company that operates just under 100 schools in nine states, president of CfBT USA—the U.S. affiliate of CfBT Education Trust—the head of global corporate social responsibility for Houghton Mifflin Harcourt, and the executive director of the Houghton Mifflin Harcourt Foundation.

After receiving a bachelor degree from St. John’s College in Annapolis in philosophy and mathematics, Casey studied theology at Oxford University and philosophy at The Catholic University of America.

He is the father of three daughters: Kirby (19), Casey (18), and Lucy (15) and married to Nancy Dubé, the former Canadian downhill ski champion and co-founder of both Home2US and 1GlobalMedia.

The truly scarce resources now are the time, the talent, and the energy of the people in your organization