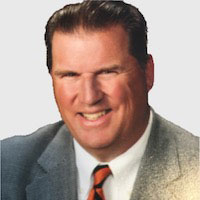 John E. Birney is the Director of Business Development for Carter Research.

Most recently John has been the Director of Business Development for GroupClique, a digital application that promotes networking and community engagement in Catholic schools. Previously, he was the President of Brother Rice High School, a Catholic all-boys high school in the state of Michigan sponsored by the Christian Brothers.

Prior to his appointment as the head of school, John served as the director of technology, admissions director and alumni President. John has served on the board of directors for multiple Catholic organizations such as Kensington Academy, Brother Rice High School Chicago, Angels Place and St. Michael’s Academy. In addition, John served on multiple administrative committees within the Christian Brothers network of schools.

Across his educational career John taught secondary history, english & theology for 14 years receiving the coveted Facere et Docere award in 1985 and 1986. During his 12 years in private business, John was the co-founder of a private consulting firm that specialized in the implementation of business asset management software with a wide variety of clients throughout the midwest.

He is the father of two sons: John (29) and Patrick (26) and has been married for 35 years to Kathy Birney who has an extensive career as a corporate financial professional.